The two main characters, Cat and Dog, look for the lost Fairy, and travel into various worlds in their magic machine. In their travels they get to know gnomes, elves, dragons in a dungeon, aliens on a distant planet and dive deep into the ocean.

The plot alternates with logic tasks. To help the characters progress in the story, the user solves the tasks and trains their attention, memory, logic, spatial intelligence and other brain functions.

The story consists of 5 chapters. There is also a list of 14 separate mini-games, each with 4 levels of difficulty.

The app was designed by a child psychologist and teacher.

Logic tasks in the story:
Detect a pattern in the sequence,
Mazes,
Jigsaw puzzles,
Guess which envelope was made from which piece of paper,
Position flowers in a bunch according to a given rule,
Sudoku, and more.

Tasks to train attention:
Pick the correct shadow of the dragon,
Find two similar sea stars,
Find a fish which is missing a match,
Pick the correct patch,
Count all numbers in ascending/descending order,
Find all aliens, and others.

Tasks for memory-training:
Memorize positions of stars on the ancient map,
Recall what the friends have taken with them,
Recall the favorite fruit of each elf, and more. 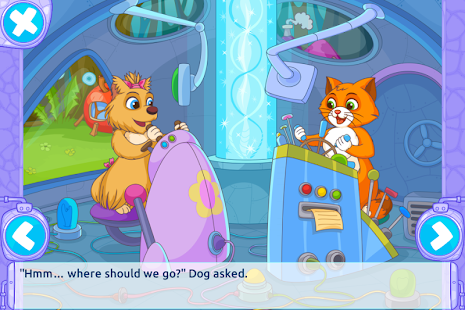 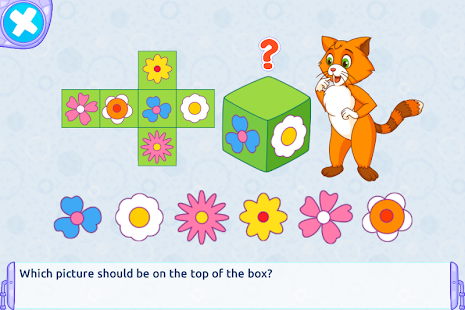 How to install Cat & Dog Story Adventure Game on android phone or tablet?