• (First Screen) You will see the green box with “guest00000” name here u can write your name or any name u wants to give.

• Now Player one wil be the Host who will Start the game and other player join the game.

• (Second Screen) Here u see the Game ID four digit randome ID generated by system. This ID seen first only on the host mobile for other player to join the game they have to enter the ID seen on your screen.

• Any no of player can be played but it is advisable to maximum of 10 player coz screen of mobile will be full of cards in maximum cards distribution phase.

• All the players must be join before u start the game, otherwise it will not add another player after words then u have to restart the game.

• There is one more option here for no of Decks. U can use Single Deck (52 Cards) or even Double or more decks here.

• (Third Screen ) It shows the Playing table with the names of Player at different angle according to Order they have registered in the game.

• Here U seen left Top Corner the Cards Symbol. Click here U will get,

• (Forth Screen) Showing the all four types of Card Symbol ( Spades, Diomond, Club And Heart).

• U can select to “Sar” what ever u Like ( If U don’t select one of them then at the time of playing which player enter the first different color card will be automatically counted as the “Sar”.

• U can also select the page for cards distribution here from the green box.

(eg. In KA Chu FU L….. most of time its played by one cards in first round, then next game 2 cards, next game 3 cards. And so on……………… till the maximum cards to every players from the decks…… but here u can selects cards for every game u wants.)

• Cards are distributed by system only. U cant adjust them.

• After the Cards are distributed, U can see the Bottom Right corner there is three line button its shuffle button once u click on it, your Cards will be arranged automatically in their same color and order it self.

• For writing the Hands to collect and to win the game U can see the Green Dialog box appears in the middle of the screen only when your turn comes. Other wise all the time u can seen the message in the centre that who’s turn in there.

• The rule in this game (Most of players are knowing that) u can not write the total Hands according to the total no of cards are distributed. ( Means if in game 7 cards are distributed to each players and all players must write their Hands to collect them selves but total no. Of hands written for this game must be less than or more than 7. This is also system generated and if U try to do same system not allow to be the same total.

• U can also the see leader board from the left top corner of mobile screen there is visible icon for that.

• The thumb rule is U can only “Enter” or “Exit” the game either before starting or at the end of any game ( In between u cant). Otherwise game will go on Hang.

• When u “ Host” ends the game All can see the leader board and the Rank Boards here. Who is first and Who’s last.
Bugs fixed 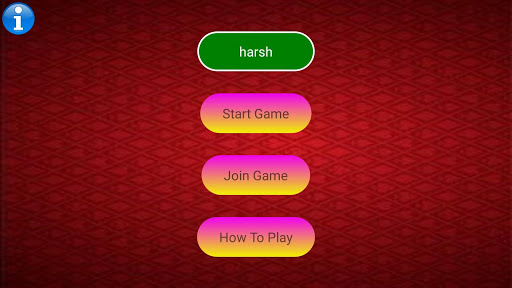 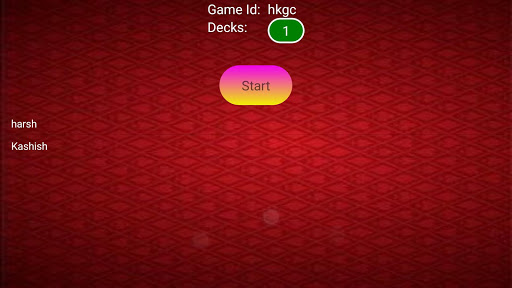 How to install Kachuful (Judgement Game) on android phone or tablet?