★How Redfinger Platform Works?
Remote mobile virtualization and virtual mobile infrastructure technology are implemented in Redfinger Cloud Phone. Our team manage to grasp the core of virtual ARM, enabling Redfinger platform to house 100% native Android OS hosted on virtual machines. With Redfinger platform, instant access to Redfinger’s virtual android device can be guaranteed. Its functionalities are similar to a physical Android smartphone, except the OS, data and apps run on a cloud-based virtual mobile rather than a physical one.

★Redfinger Features
✓24/7 Online Cloud Gaming
There is no need to worry about the problems of disconnecting the Internet, shutting down phones abruptly and occupying mobile phones resources.
✓Seamless Compatibility
Redfinger adapts to various hardware systems and synchronizes the terminal data from different systems, providing you with a sound cloud-based environment to enjoy games.
✓Safety and Security
The app leaves no room for physical data theft or malware to cause damage to core data. It helps users realize remote data storage and operation when our hardware runs in good conditions.
✓Multiple Cloud Phones Management
Users are able to purchase parallel cloud phones or even more within the same Redfinger account. In this way, a group of apps and games can be run simultaneously.
✓Releasing Local Resources
This app provides users with a chance to enable physical phones to boast bigger storage space, thereby releasing local resources and enabling smooth operation. It also boots and runs in seconds, saving the time users spend switching between platforms.

★Note:
New users are able to pick a plan to trial all features of Redfinger. There is a need for users to pay for cloud phone services when the trial time comes to an end, given that users would like to use the platform services to afk games. Due to the fact that cloud phone is remote control and video streaming, it will lag depending on network speed and policy towards servers. 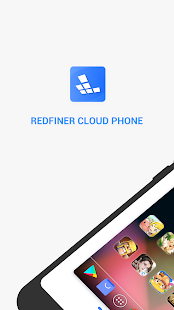 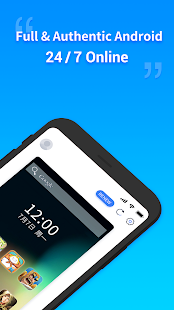 How to install Redfinger Cloud Phone Android on android phone or tablet?