A true real-time strategy game about WWII awaits you. World War Commander (WWC) is a multiplayer PvP game that will test your strategic thinking and decision making skills at every moment of the game. You have to get out of difficult combat situations and confront your opponent in 1vs1 strategy online multiplayer! Prove to be the legendary war commander and defeat your rivals! World War Commander gives you limitless strategic opportunities making every battle unique!

World War Commander allows you to use different military battle strategies. First, choose units you wish to take into battle – various infantry types, vehicles and legendary tanks from the Second World War are all at your disposal, commander. On the battlefield, every second counts! Send your infantry to capture resource points. Choose your actions wisely – you can build fortifications, upgrade your command center to get new troops or strengthen your army with new recruits. However, keep an eye on the enemy! He will strive for victory and try to undermine your tactics. The best commander will win!

Each battle gives you experience and an opportunity to upgrade your existing army with new units or powerful level-ups. Reach new heights each time you play this PvP strategy game!

★ Get rewards – upgrade your army after each battle

★ Free-to-Play (F2P) – play for free in this online strategy

The game is in beta – some parts of the game may be unstable. Please report any problems through the social channels listed below or write to us at support@hypemasters.com

The game is actively being developed and new content is added often. If you have any suggestions on how to improve the game – write to us! World War Commander social media pages: 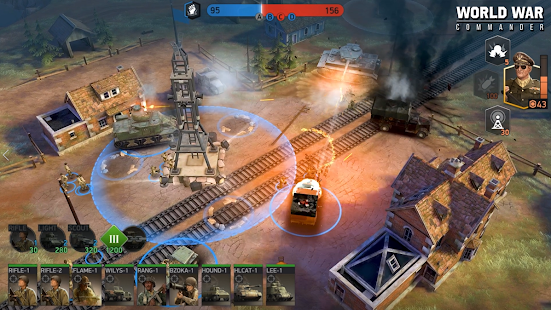 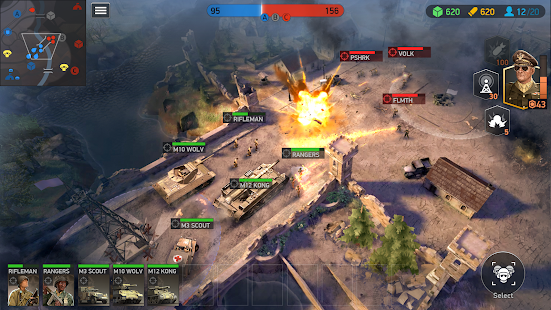 How to install World War Commander: PvP RTS on android phone or tablet?